Happy Halloween!
We had a mini celebration Saturday night
It's strange, this year we really weren't that into it
Every other year we've been so excited
We both put it down to those two weeks of stressing about Sisco
But it felt strange to not get a pumpkin, so we got a little one
It's supposed to be a cat!
We made loaded vegan nachos, which were so good!
Had a few drinks and caught up on t.v.
It was nice 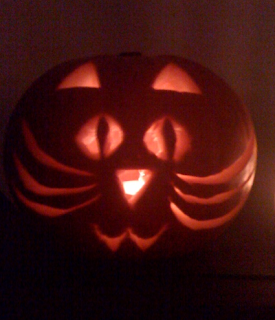 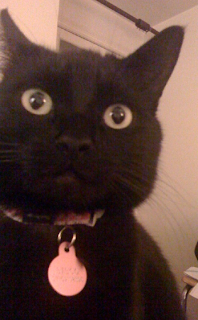 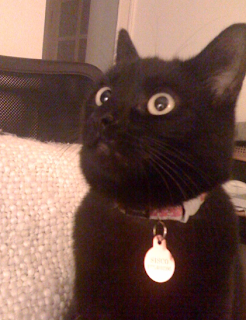 I know she was spooked, but I had to take a photo
She looked so cute!
She settled down after and had a lot of treats
She loves the witches hat I made her last year! 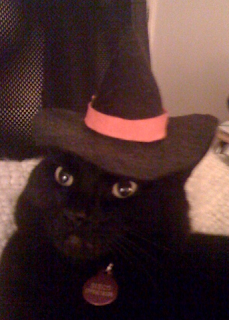 If you're celebrating tonight have a great night!
Posted by Claire at Monday, October 31, 2011