This is a post I never wanted to write
Hell, I never even thought I'd write it
If you've been following my blog/twitter/facebook etc you know my beautiful little girl Sisco
She's featured on this blog A LOT!
Especially the whole terrible time she was taken/lost

On Thursday we had to say goodbye to our baby
The night before she was acting strange
She wouldn't lie down and her eyes were quite glazed
We didn't worry too much and thought she was a little poorly
We gave her lots of loves and made sure she had lots of areas to get comfy
Well, lets be honest the whole flat is basically arranged for her
So spoilt
Paul woke up Thursday morning and shouted she was floppy
I don't want to go into too much detail but she was like a rag doll and didn't seem aware of us or her surroundings
I can't go over all the details as it's still too raw, but after visits to 2 vets we had to go to a specialist neurological animal hospital outside London
We were warned she may not survive the taxi ride
But we had to try
I'd been suffering a migraine the day before and obviously the stress had made it so much worse
I suffer from car sickness so the hour ride there I could hardly move from the pain and sickness
Paul kept seeing if she was ok, but I didn't and I feel awful for that
As soon as we got there I had to run to the toilet to be sick, when I came out they'd taken her
It was awful
She was fine the day before! It was so hard to understand
We had to relay the story of what happened and go over her history
Although I was aware of the situation I really thought we'd be taking her home
I thought maybe it was epilepsy and she'd had a turn and it could be controlled by medication
When the doctor came through that all changed
She was very unemotional and 'matter of fact'
But I suppose you would be if you did that job
She told us she thought it could be a tumour or cancer in her brain and that things were looking very bad
What? I didn't get it
My little girl was 100% herself 24 hours ago!
She was my bossy, noisy little Sisco
Things were moving too fast to process
We were given the option of saying goodbye to her now of having an MRI
We couldn't give up!
She had to be anaesthetised and she may not even survive that
We have to make a lot of hard decisions and were told basically that time wasn't on our side
The next few hours were pure hell
The hospital was full of happy owners picking up their furr babies
I so desperately wanted to be one of those people
Our hearts hurt and our eyes ached from crying so much
Paul was amazing and was so strong for me and I love him so much for that
Sisco was a total papi's girl and had him under the thumb
I wanted to take his pain away so badly

Fast forward a few hours and after a broken MRI machine just before she was scanned (what are the odds)
We were called into a room
She had a mass on/in her brain that was stopping the spinal fluid flowing
We were told she wasn't in pain, in-fact she wasn't even really there
She also had something in her nose area
My brave baby
How would we have known?
There were never any signs
In my head I was still clutching at straws and asked about surgery
It was pretty clear that wasn't even an option
The doctors beeper went and she called intensive care and was told Sisco was deteriorating fast
There was only one option
She was attached to machines and she was in an incubator
She looked so small
God, this hurts to write
We had to sign to say we authorised what was going to happen
We kissed her and told her we loved her and my baby went
It all happened so fast but also seemed to last forever

These last few days have been the hardest thing we've ever had to go through
I didn't even want to come back home
The flat is full of her
She was the most unique and vocal cat I've ever know
You aways knew she was there
We've just been crying and watching old videos of her
Which have made us laugh, then cry even harder
We both had our little routines with her
She was in charge

We left the flat to get some flowers for her yesterday and put them next to her catnip plant
Which she'd only eat when we weren't looking or if we picked the leaves and fed them to her
Diva! 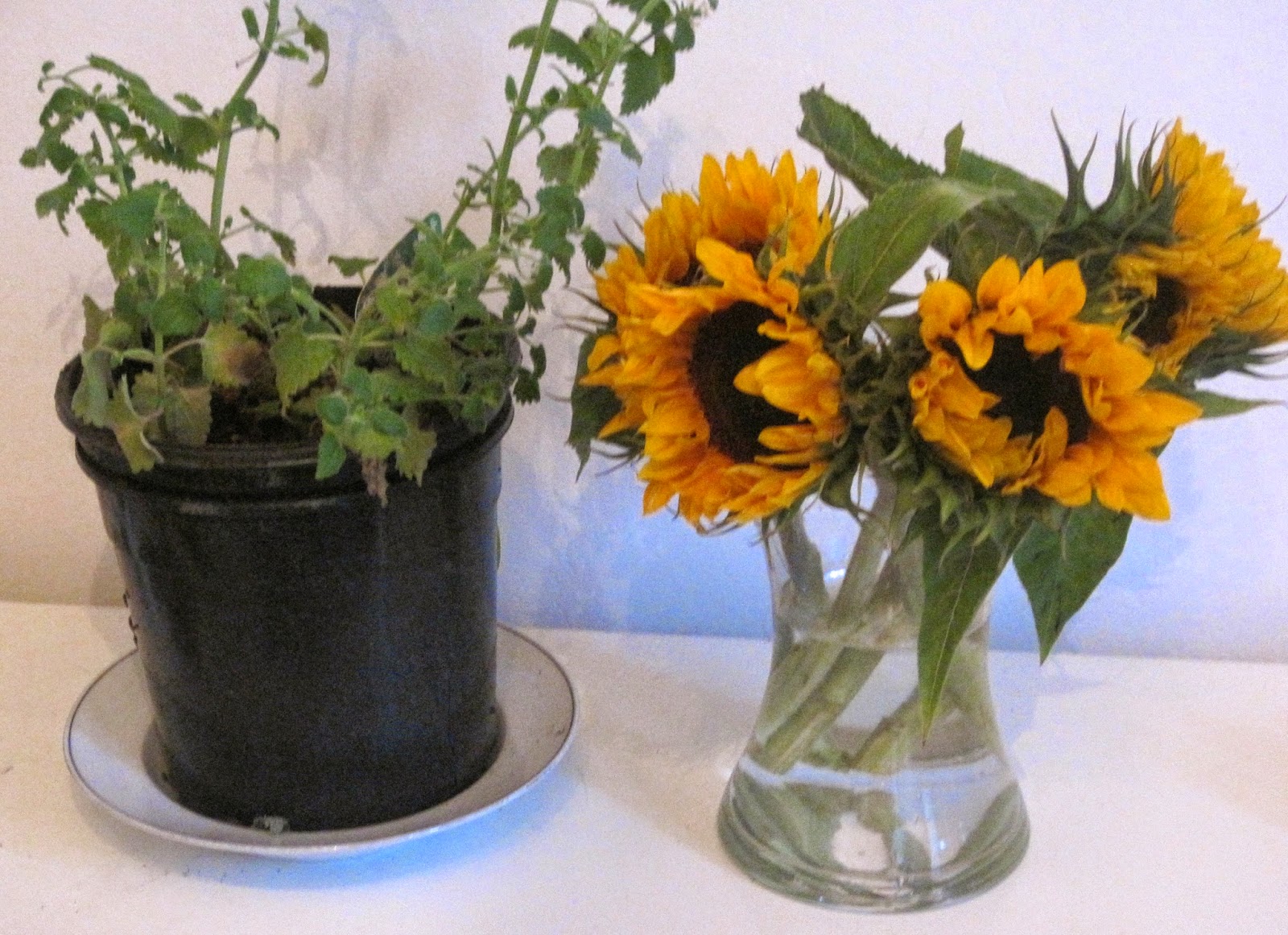 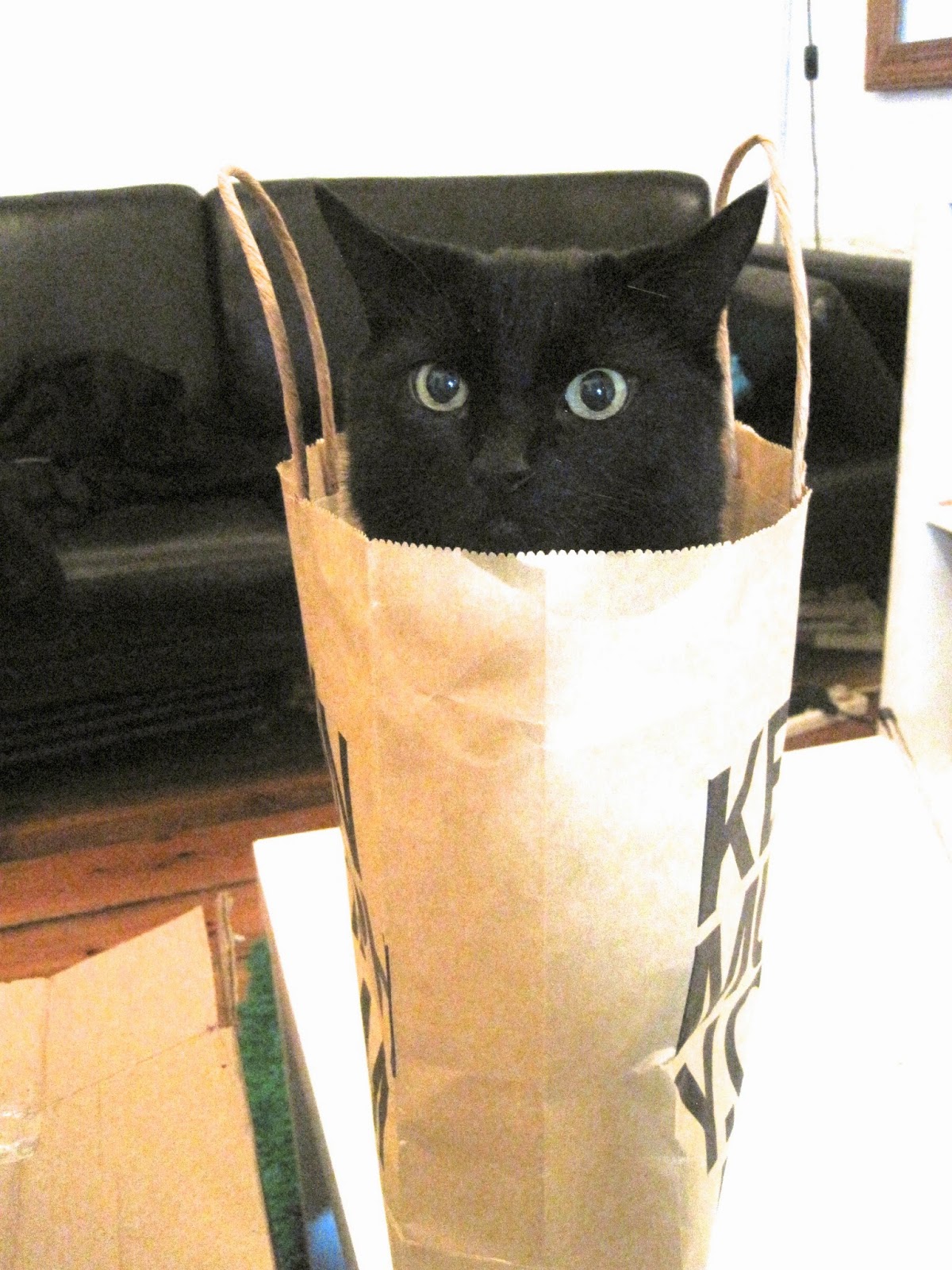 Sisco, you're always in my heart and I'll never forget you
x
Posted by Claire at Saturday, July 12, 2014 13 comments:

I just realised I haven't done a Caturday post since May!
How did that happen?
How did I survive?
I think I need a double dose of cats STAT!

I want pretty much everything this artist creates! 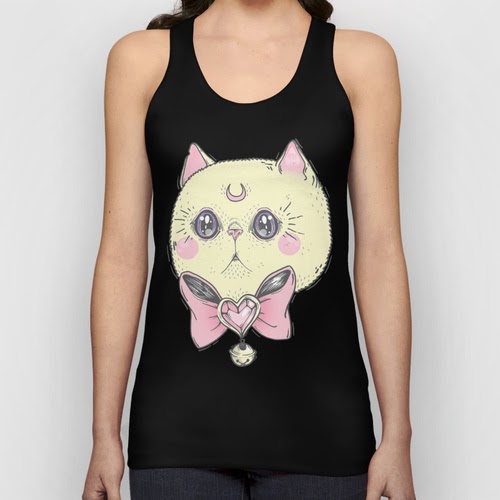 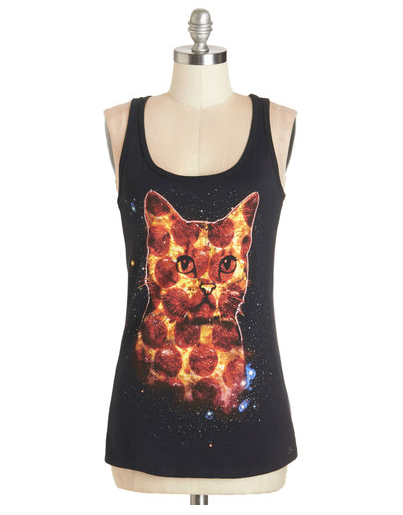 This is such a cute idea! 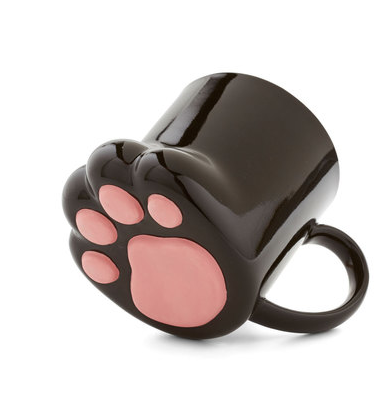 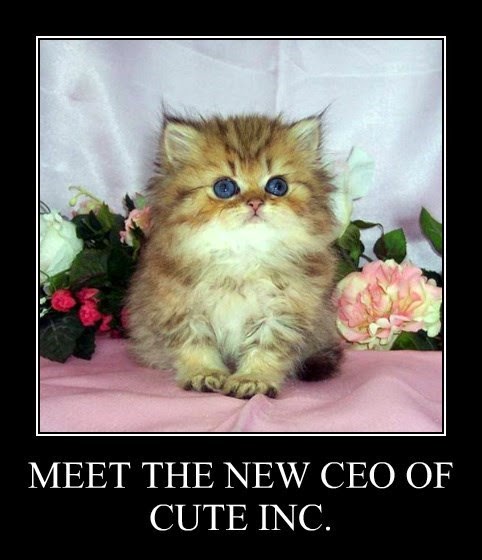 This is so sweet!

I love these iconic film prints improved by adding cats
Can you guess what they are? 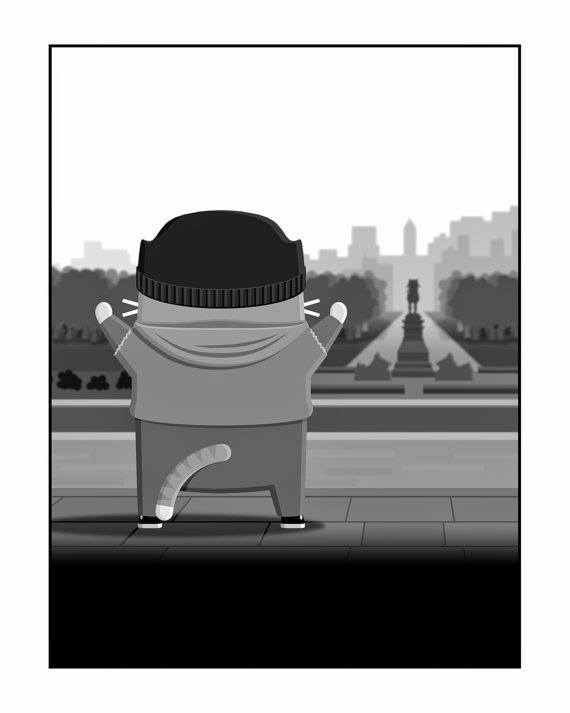 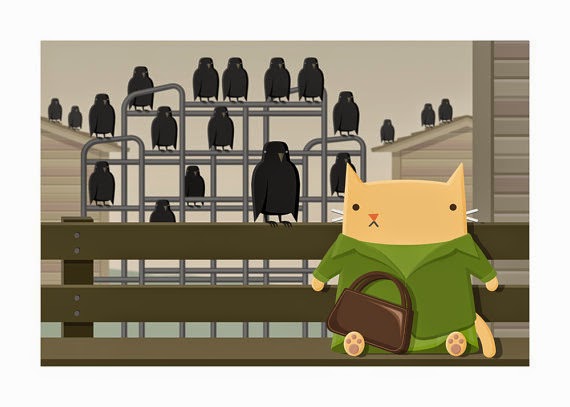 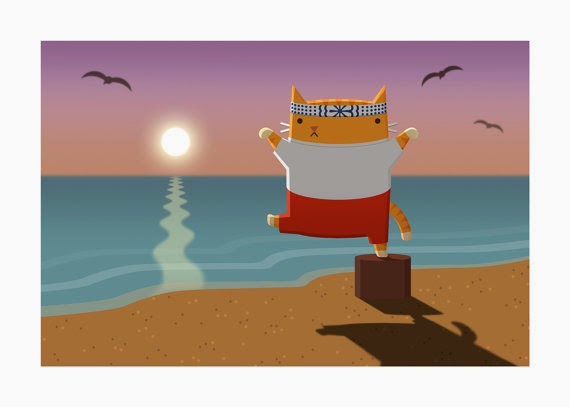 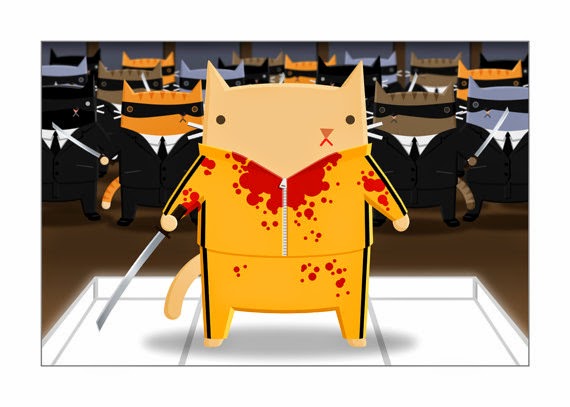 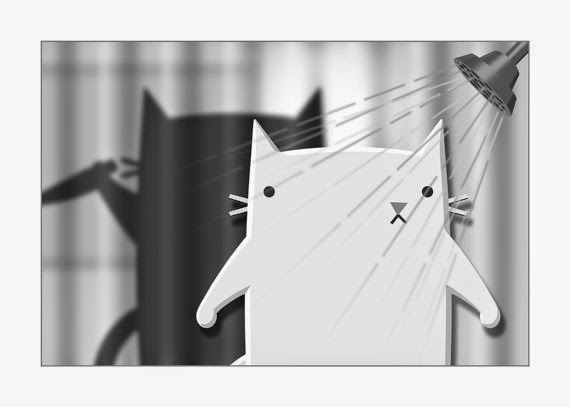 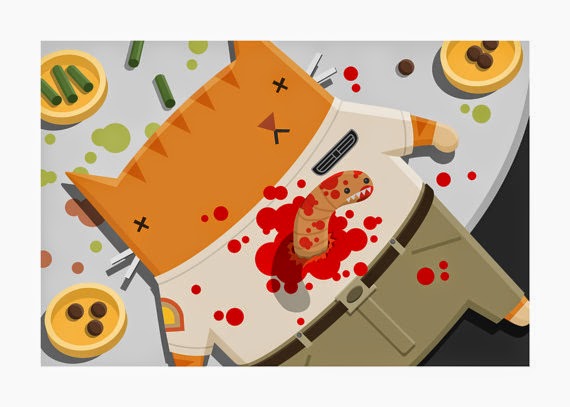 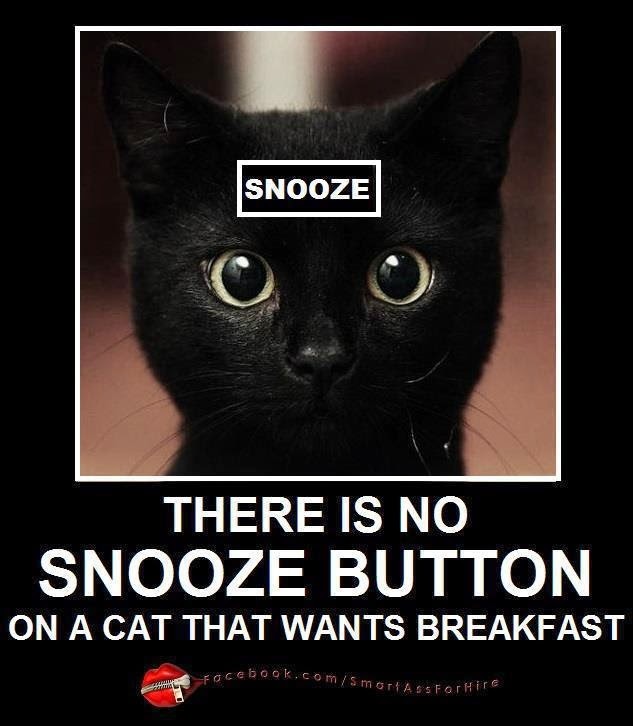 Have a lovely weekend
Posted by Claire at Saturday, July 05, 2014 4 comments:

Hello!
It's face melting hot in London
Little tip for you during hot weather
Don't wear a vest and a cross the body bag
Your chest will be covered in white stripes
It's not a good look, I've discovered this recently

It's so much hotter in this new flat (basements are very cool)
But I am so happy
Waking up every morning with the sun shining through the huge windows is so nice!
Really sets you up for the day

Onto my faves of the week!

I totally love this!!
This cloud lamp can recreate a thunderstorm in your home!
How amazing!

Read more about it here 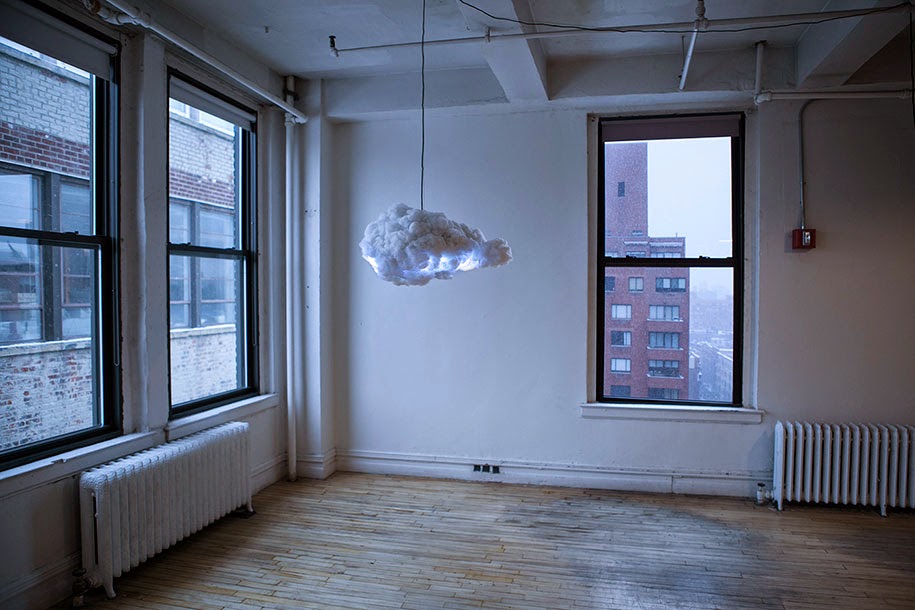 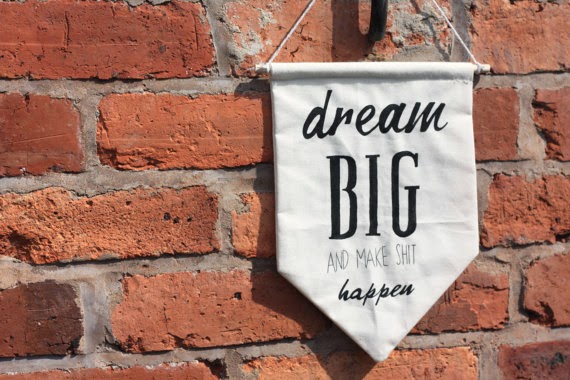 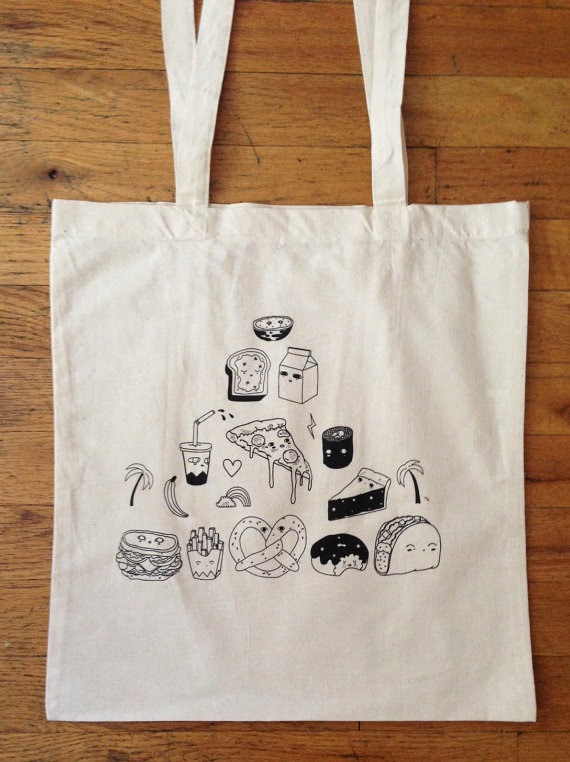 This list of smiling animals is guaranteed to make you smile! 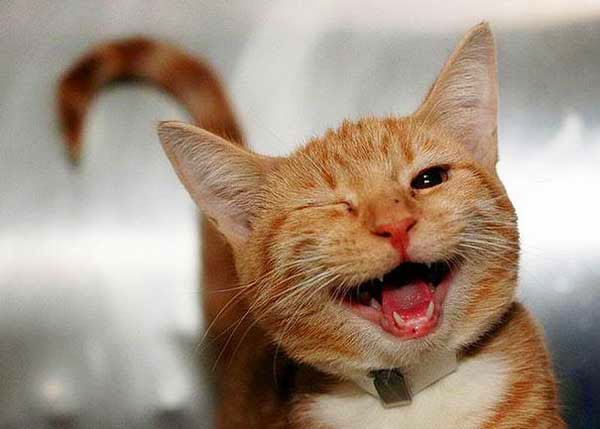 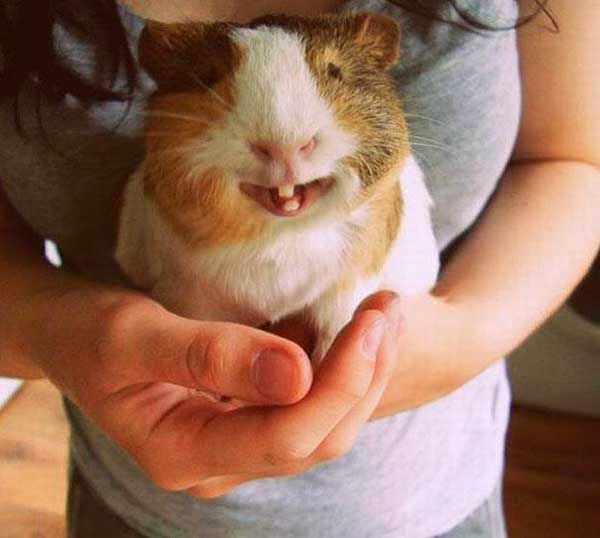 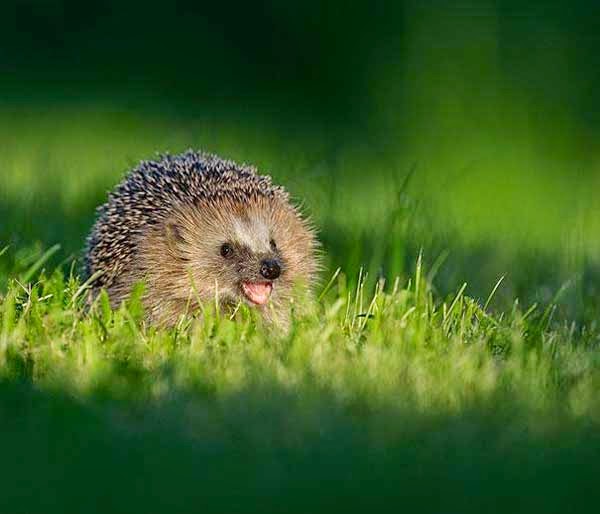 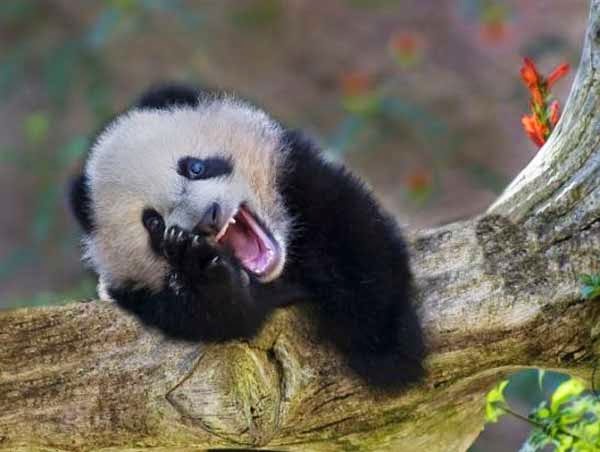 Have you heard about Stacey Nightmare?
I recently came across her vines and fell in love
She's totally gross, weird and amazing!
(She's a bit rude if you're not into that kind of thing!) 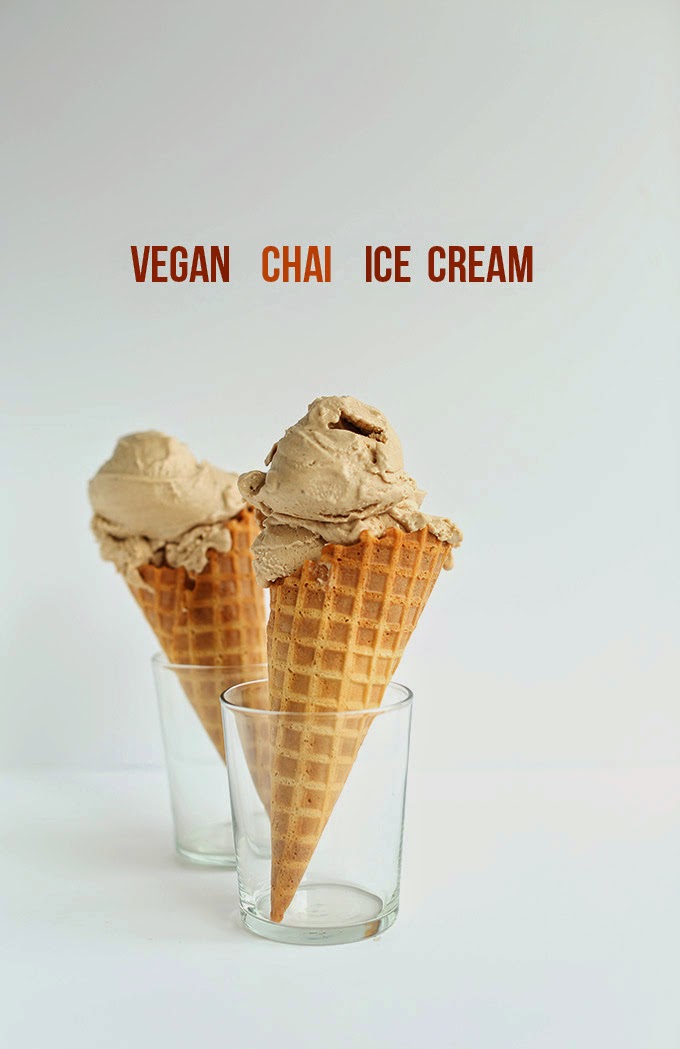 LOVE this!
Don't be pickin on ma fwend!

Not the winner?
Here's a code for this week only!
Enter GIVEAWAY10 at checkout for 10% off!
Posted by Claire at Tuesday, July 01, 2014 No comments: