I first heard about Ana Bagayan when I discovered her work through Juxtapoz magazine.
I instantly fell inlove with the dreamworld she creates through her art.
Then I discovered something about her that impressed me even more.
Together with her friend Meridyth MacDonald they created

The Lunch Bunch consists of two friends that get together once a week to create home-made meals to pass out to homeless people living on the streets of Los Angeles.
What inspired me so much about these women is that they actually did something.
It's so easy to see something that effects you and later forget about it.
Most people are guilty of this. But they acted on it, and I find them both a huge inspiration. 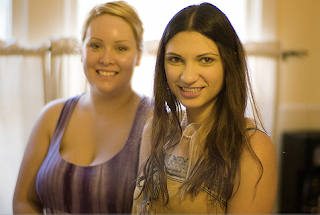 1. So lets start from scratch. How did you ladies meet?
Meridyth: We met at work. We both worked at an art mart, I was transferred to a new location where Ana was employed.

2. What inspired you to start Lunch Bunch?
Meridyth: Growing up in the Girl Scouts I did a lot of Lunch Bunch type services, those experiences really drove me to want to do more as an adult to help others.
Seeing so many hungry people without shelter, food or necessities we decided we needed to make a change. Prior to Lunch Bunch Ana and I separately would try to give out food or items to people and places who needed help. Then a year ago we joined forces to help relieve some of the city's hunger.
Ana: Mere and I had discussed doing something similar to Lunch Bunch for a while. We had both occasionally done volunteer work, or had given out food. What clicked for me, personally, was one night on my birthday my boyfriend and I had gone out to dinner and decided to get and extra meal on our way out in case we saw anyone in need of food. I saw a man in a wheelchair trying to reach into a trash can for a drink. When I asked him if he wanted a meal, he said yes, but he was trying to reach for something to drink because he was so thirsty. He looked so helpless, it was heartbreaking. A few days later, Mere and I decided to organize ourselves and Lunch Bunch was born! 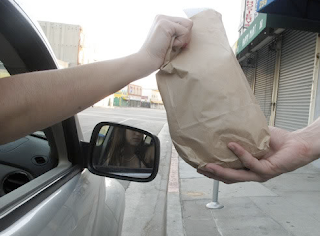 3. What are the bad and good points you encounter?
Meridyth: There are only 3 bad points:
- knowing as you drive away that you can't feed all the hungry people on the streets.
- knowing that people you have come to know are out in the cold/rain or extreme heat without food or shelter.
-seeing how the homeless get harassed by certain groups handing out food and cops.
The good points are infinite by here are my top 2:
- gaining the trust of our lunch bunchers and being constant in their life.
- the response you get when you treat someone with respect and give kind words.
Ana: Bad points:
- Seeing way more people than the two of us can possibly help.
- Getting to know people then having them disappear one day. We never know if they moved to another location, or were hurt, or worse.
Good points:
There are so many, nothing but only good can come out of helping others.

4. What are your dreams for Lunch Bunch?
Meridyth: To change Los Angeles, then the US and eventually the world through bagged lunches, necessities and kindness.
Ana: What Mere said. Also, it would be great if Lunch Bunch could spread into other cities. All it takes it two people to start a chapter! 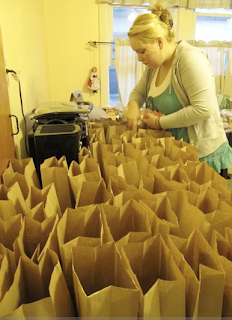 5. You have some amazing artists donating to support Lunch Bunch, How else do you fund it?
Meridyth: When we started it was out of pocket. Then friends and family started to donate food and money when they could. The food donations are great, it saves us time at the grocery store and it will always go to great use!
Ana: Mere and I were paying for the meals together at first. Once our friends and families got word of what we were up to, they generously offered to donate money, clothing, food, etc. 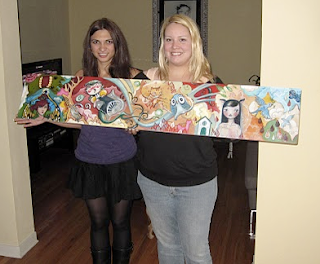 6. What can people do to help you fund your mission? Whether it’s $1 or $100?
Meridyth: For money donations anything is truly appreciated. Donations can be toiletries, food, clothing, blankets, tents- there are so many things that a person needs to survive. Also for people in our area I am willing to do pick up items. If someone has items or sets up a donation booth, I can always go collect the items. Another great way to help us is to spread the word! The more we get people talking and involved with homelessness the better shot we have to ending it. 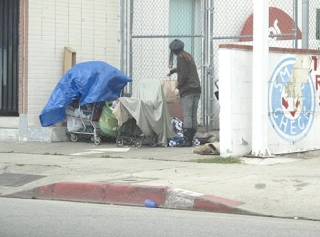 7. What advice would you give people that want to set up their own ‘lunch bunch’ in their city?
Meridyth: First check with your city laws about handing out food- we do not want anyone getting penalized.
I think before diving into your own lunch bunch spend time at a shelter or organize donation drives. Once you see where the need for your Lunch Bunch is then you can decide on what you want in your lunch, where is the most cost effective place to buy the supplies and find someone to help you with your efforts. For specific how to advice, please email us anytime! 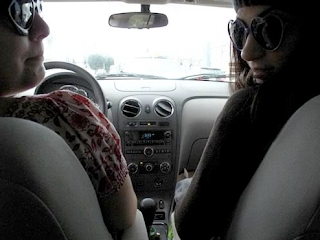 8. On average, how much does each Lunch Bunch meal cost?
Meridyth: It can vary for $1.74 to about $2.00. This includes: water, sandwich, fruit and two snacks. If food is donated then the cost decreases and can put the saved money towards toiletries.

9. What are your favourite meals to make?
Meridyth: I love the soup days! I make these huge pots of beef soup that has tons of veggies and slow cooked tender pieces of meat. It is warm, delicious and it is so nice to be able to hand someone a warm meal.
Ana: My favourite part is assembling the sandwiches factory-line style. We fill them with meat, cheese, mustard, and lots of fresh veggies. We have been told they are delicious. 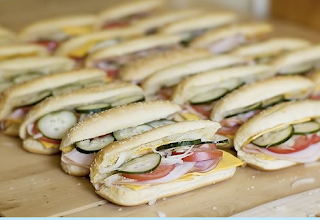 Thank you SO much ladies

Please check out their blog and see whhat you can do to help
Also, there is the chance to pick up some artwork from some amazing artists
http://lunchbunchco.blogspot.com/


All images from http://lunchbunchco.blogspot.com/
Posted by Claire at Sunday, August 29, 2010