Back to the Land of Sheep! Part 1

Hello!!!!
I am back from sunny (Ok, not so sunny) Wales!
The few days we were there were just what we needed!
Sometimes there is nothing better than to immerse yourself in nature and we did just that!
We did pretty much everything we planned on doing.
It was really fun going back to the place we were brought up and acting like tourists!

It was so nice to see family too, we hadn't seen my boyfriends parents since early in the year.
So that was pretty special!

Ok....onto the photos!
Unfortunately the sheep seemed to be pretty shy, so no sheep photos

First stop was Paul's mum and dad. Where we were staying.
How pretty are these Ukuleles? 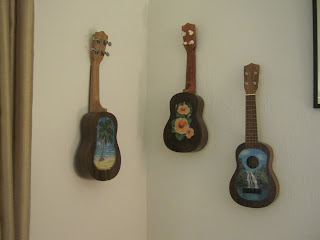 Pauls dad makes them and his mum paints them!
This started after Ted (Pauls dad) saw this video
and thought......."I like that song, Ukuleles are a nice instrument "

Which then turned into him making about 10 of them!
Guess that song really inspired him!

The weather was so indecisive!
Hot one minute, then raining. But we made the most of the time!
We decided before we left we wanted to visit Betws-Y-Coed
It's a pretty little village, surrounded by woodlands, mountains and waterfalls 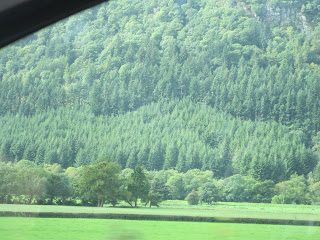 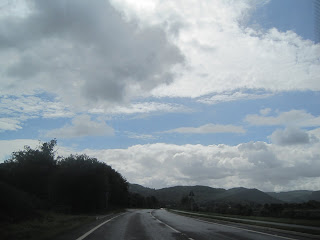 It's like something out of a fairytale!
We parked up and this was right by the car park 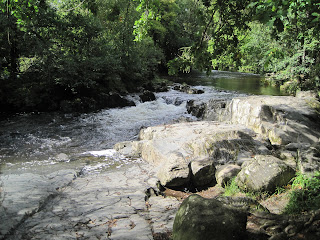 So pretty
This is in the old train station, they converted the trains into a restaurant!
Such a cute idea! 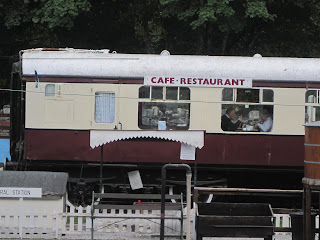 We wandered around for a while and decided it was time for nourishment!
This time nourishment came in the form of Welsh Cider! 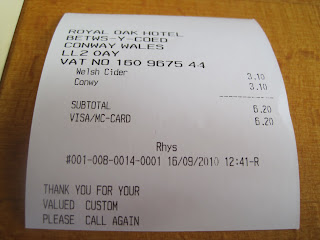 You can't come to Wales and not sample Welsh cider!
It's like going to Blackpool and not buying rock! 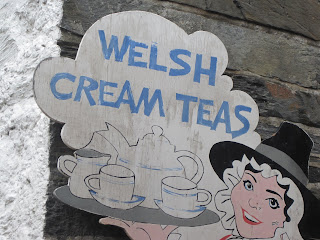 So after some more wandering around shops that sold every type of sheep toy you could ever imagine owning, we went to Swallow Falls!!!
I have lived in Wales all my life and never been!
I know.....I'm probably the only person in Wales that hasn't!
Well, it didn't dissapoint. We could hear the water all the way down the road! 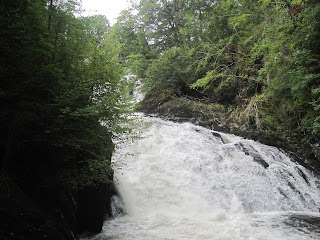 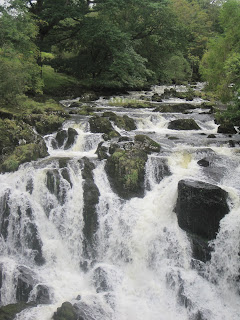 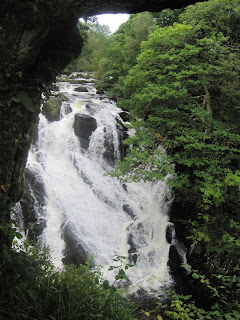 It was so beautiful and peaceful
I'm really glad we went

One of the other things we wanted to do was go to the pier
It was windy, but worth it! 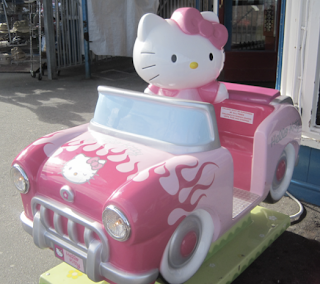 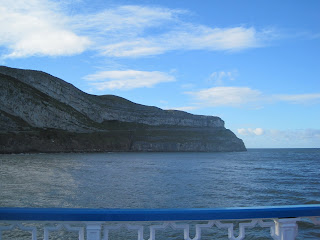 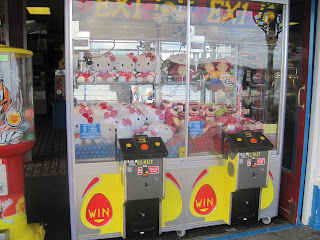 Even the birds appreciate the view! 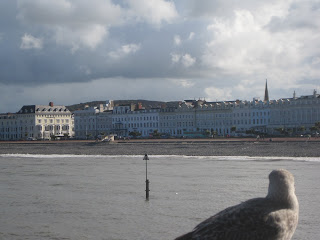 In the middle of the pier there is a shop that has been there since I was little
Selling kitsch Seashell ornaments! 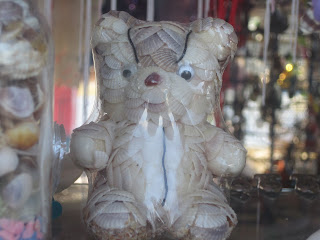 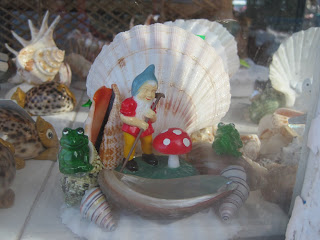 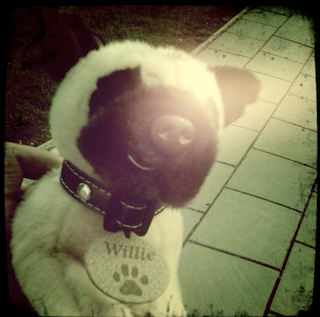 Ok....That's it for today
Because I am off to spend time with a very special little lady who I have missed very much!
But don't worry, she has been spoilt with lots of treats! 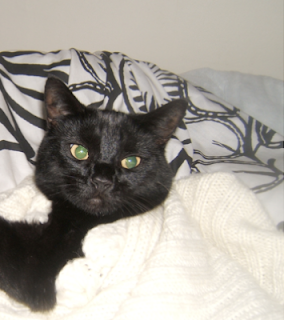 Come back tommorow for part 2!
Posted by Claire at Sunday, September 19, 2010